NXT Takeover steals the show yet again at Barclays

NXT Takeover: Brooklyn returned to the Barclays Center this past Saturday night for the fourth year in a row. Once again, the NXT brand of the WWE proved to be the brand to watch. Consistently delivering top quality matches to go with intriguing storylines, NXT is a better watch than both Raw and Smackdown.

Saturday's show had only five matches compared to the stacked SummerSlam card, but less proves to be more in NXT as each match was a joy to watch. With two title change and a classic main event, here is my review of NXT Takeover:

The Undisputed Era successfully defended the tag team titles against Mustache Mountain. These two teams traded the titles back and forth over the past few months with this being the climax of their rivalry. A solid, entertaining match as always from all four of the athletes involved. After the match, the War Raiders attacked the champs with a clear message that they are next in line for a shot.

The Velveteen Dream defeated EC3 in what could be considered a surprise but based on Dreams rising popularity and the reaction he got from the Brooklyn crowd, maybe it's not. I expected EC3 to be a main eventer in NXT right away but it looks like he needs just a little more to get going. Being the good guy doesn't fit EC3 and I hope a heel turn comes soon. Velveteen Dream came out wearing tights that said: "Call me up Vince," and his performance and reaction might be enough for Mr. McMahon to take notice. 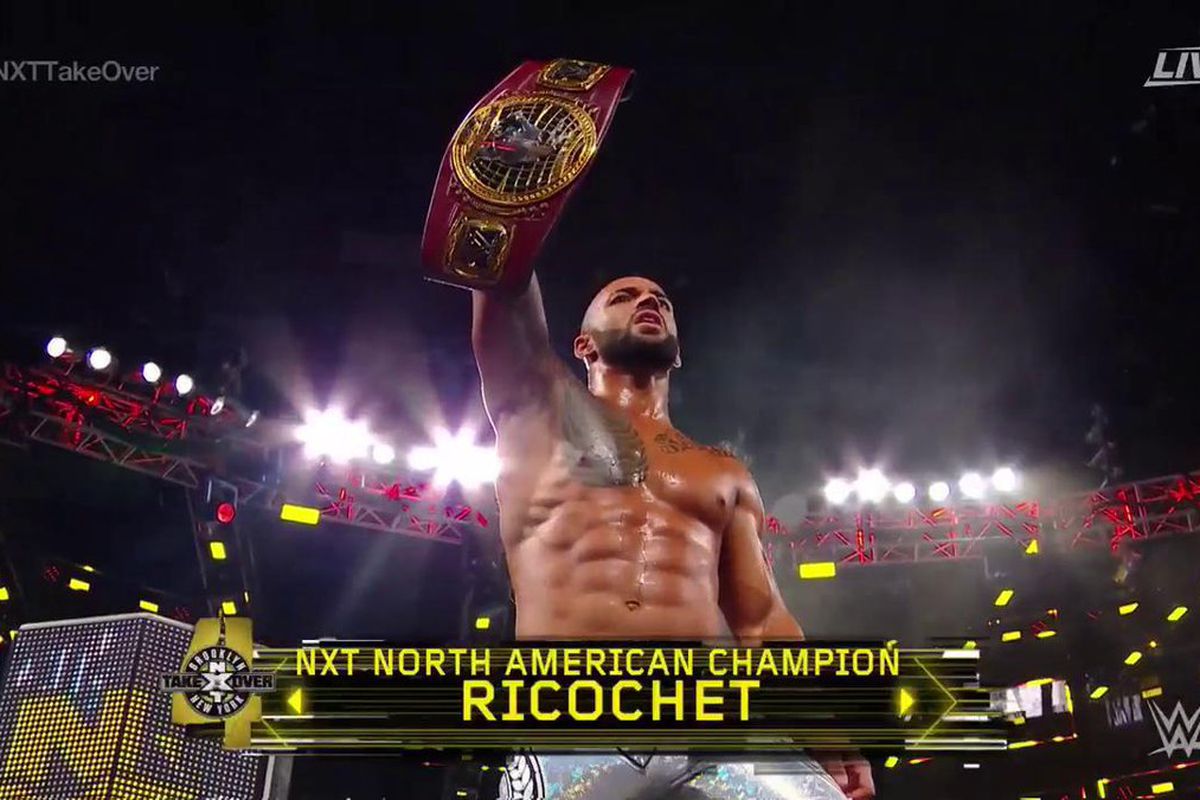 Ricochet defeated Adam Cole to win the North American championship. I love Adam Cole...Bay Bay! And so does everyone else. Even with the loss, Cole continues to look strong and should be challenging for the NXT title soon. Ricochet is always fun to watch and running with the N.A. Championship will benefit both him and the newly created title. With Cole being the first to hold that title and now Ricochet the second, the short history of the N.A. championship is off to a good start.

Kairi Sane defeated Shayna Bazsler to win the NXT Women's championship. Sane gets her defining NXT moment after winning the inaugural Mae Young Classic almost a year ago. A unique character and a good wrestler, I expect her to have a nice run as champ. As for Bazsler, I think she has been a solid performer during her time in NXT. A main roster call-up could be next for the Queen of Spades. 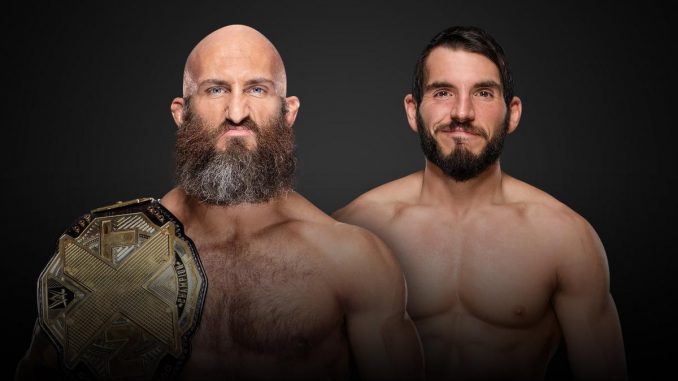 Tommaso Ciampa defeated Johnny Gargano to retain the NXT championship. In what has been the best rivalry in NXT history, these two men continued that story with a last man standing match that tore the house down. There has not been a storyline in NXT or WWE that has had fans this invested in all the events surrounding both competitors. Ciampa managed to survive the match and get the win, but this one is far from over.

So in conclusion, NXT Takeover: Brooklyn 4 was another great showcase with nothing but quality matches from start to finish. Every wrestler delivered and the outcomes did not disappoint. Triple H has proven to be a good showrunner and has helped elevate NXT to be the more interesting product in WWE.

Did you enjoy NXT Takeover: Brooklyn 4? Let us know in the comments.