Sheryl Crow has a lot on her plate.  She is completing an exciting new album in which she collaborates with some giants of music, she is a mom of two active little boys and still makes time to remind people of the importance of making breast cancer screenings a priority.

Sheryl told us her story of how she survived breast cancer, which was first diagnosed in 2006 and has been cancer-free for many years.  Something that Sheryl has in common with many women is dense breasts.  Hologic recently put out a survey and discovered that only one-third of women were aware that breast density impacts their risk of developing breast cancer.

"Early detection is our best weapon," said Sheryl Crow. "We know that the risk factors go up with women who have dense breasts, which is the kind of breasts I have," she added.

While family history sometimes plays a part in a person's development of breast cancer, breast density also impacts the likelihood of getting this disease.  Also, women with dense breasts have a more difficult time with screenings as dense breast tissue appears white on a mammogram—the same color as cancer.

Hologic developed the Genius™ 3D Mammography™ exam a more powerful machine that is essential when dealing with people with dense breasts that shows photos of the breasts like slivers, core like a CAT scan that gives doctors so much more information to work with.

"It is the finest in technology," said Crow. 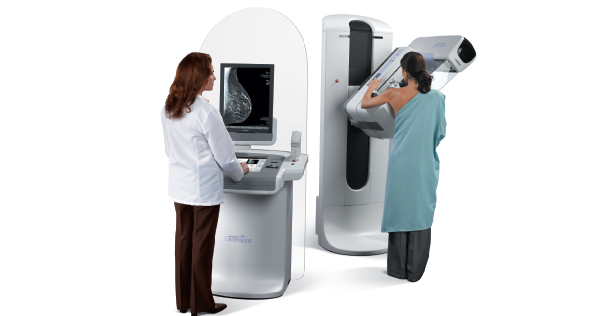 "Learn as much as you can by going to Genius3DNearMe.com.  It is great not only for women with dense breasts, but it also gives you a more accurate read and it is the finest in technology," said Crow.  "For my story, early detection was tantamount."

In addition to encouraging women to get their annual exam, Sheryl also spoke about her work and personal life.  Her new record is due to come out in the spring and what make sit so special is the star power of the people who are joining her on this project including Stevie Nicks, Don Henley, Joe Walsh, Keith Richards, Willie Nelson and more.

"I'm really proud of it and think it will be my last album," said Crow.

Don't panic.  I originally did too.

She added, "I'm not sure if people listen to albums anymore from top to bottom.   So, putting out songs is more interesting to me at this point anymore of my career. I will always make music, but I just don't know if I will ever put out a fully realized artistic statement that we used to call albums."

Sheryl Crow was joined by Dr. DaCarla Albright OB-GYB to chat with Michelle Tompkins for The Celebrity Cafe to discuss her life, work, her struggles with breast cancer, what are dense breasts, why yearly mammogram screenings are so important, why the Genius #D by Hologic is the best of its kind on the market, what is Genius3DNearMe.com, how her health issues impacted her music, what she likes to do for fun with her family and more.

Check out this fun and informative interview here:

Sheryl Crow can be found here and learn more about the Genius 3D Near Me here.

Michelle Tompkins is an award-winning media, PR and crisis communications professional with more than ten years experience with coverage in virtually every traditional and new media outlet. She is currently a communications and media strategist and writer, as well as the author of College Prowler: Guidebook for Columbia University. She served as the Media Relations Manager for the Girl Scouts of the USA where she managed all media and talking points, created social media strategy, trained executives and donors and served as the organization’s primary spokesperson, participating in daily interviews with local, regional, and national media outlets. She managed the media for the Let Me Know internet safety and Cyberbullying prevention campaign with Microsoft, as well as Girl Scouts’ centennial Year of the Girl To Get Her There celebration in 2012, which yielded more than 800 million earned media impressions. In addition to her extensive media experience, Michelle worked as a talent agent in Los Angeles, California, as well contracting as a digital content developer and her writing has appeared in newspapers and online. She is passionate about television, theater, classic movies, all things food and in-home entertaining. While she has lived and worked in NYC for more than a decade, she is from suburban Sacramento and gets back there often to watch the San Francisco Giants on TV with her family.